Covid-19 is pandemic that plague almost all parts of the world. Being in Sarawak we are not alone. Let us work together in the war against Covid-19 and win this war. Let’s learn the basic strategy in the Art of War on Covid-19.
END_OF_DOCUMENT_TOKEN_TO_BE_REPLACED Solar Photovoltaic or generally known as Solar Power, is a green technology that allow the harvest of unlimited Sun Rays into Electricity power. It is the core of the Renewable Energy Movement around the globe. Many successful installation of Solar PV power stations around the world had mark its success.

The simplicity of solar power had made it easy to implement in small and large scale power generation project. The prerequisite of having a Solar PV farm is to have a space that have a good contact with sunlight, which including any open space from open desert, open field , on top of buildings and vehicles, with currently includes the Open body of water (river and sea).

Recently the Sarawak Chief Minister Datuk Patinggi Abang Johari Tun Openg has thrown a proposal to the LONGi Group of China (first integrated photovoltaic manufacturing base in a single location producing Mono Crystalline silicon ingots, wafers, cells and modules) to explore the possibility of developing floating solar parks at dams and rivers in the state.

Electricity is the technology and sector that is too big to fail in this modern world as we are dependent on electricity to run most part of our cities utility, transportation, daily routines and personal gadget. Lets find out how floating solar farms can be the next alternative in our quest for greener energy.

END_OF_DOCUMENT_TOKEN_TO_BE_REPLACED Solar Photovoltaic (PV) energy is quite a hype in recent world of renewable energy. We know it convert sun’s light energy into electrical energy. With current technology, we can power up cities and villages with just Solar PV alone.

So how you going to start a solar PV system ? What you should know before you even install them. Lets find out in our General Guide on Solar Photovoltaic.

END_OF_DOCUMENT_TOKEN_TO_BE_REPLACED

It had comes to the last day of the year 2017. An eventful year had comes to an end. The new year will be arrived when the midnight bell struck 12.

The year 2017 is allot of happenings in both local and internationally, which some are joys while others are hurts. Lost in great leaders, Lost of lifes, Local and Global conflicts, Politics and Financial turmoils, Fears of natural disasters, and the list goes on and on.

The 2018 will be a year full of hope, dreams and anticipation. There is great plans in mind and bucket list full of pending dreams to complete. Take a deep breath, make a new year wish, and it will be a better day tomorrow.
END_OF_DOCUMENT_TOKEN_TO_BE_REPLACED They are magical technology that convert the sunlight into electricity to store or power other devices including artificial lights. So whats wonderful about them ? How it works ? How it is made ? Lets find out.
END_OF_DOCUMENT_TOKEN_TO_BE_REPLACED “Benak” is the native tongue for tidal bore in Sarawak. Lets surf the Benak at the Legendary Batang Lupar River ! Feel the Wave ! Feel the Splash !

Tidal Bore is a Nature Wonder. Not all coast have a tidal bore, lets find out how this tidal bore is unique and how it is formed.

Anyway the Tidal Bore festival is just around the corner, welcome to the humble town of Sri Aman to witness the grand festival on November 3rd to 5th 2017.
END_OF_DOCUMENT_TOKEN_TO_BE_REPLACED

It was a great relief that the state government state that the Sarawak’s section of Pan Borneo Highway will be toll-free. However skeptics still concerning about the toll issues in future roads. Lets find out what is toll roads about, and its implementation and limitations.
END_OF_DOCUMENT_TOKEN_TO_BE_REPLACED

Deforestation is an imminent threat to existence of a forest. It was well known that green plants are responsible for changing back the carbon dioxide that we breathe out into oxygen that we breathe in. Will it be the same when all the trees are farmed till the last leaf ? Lets find out.
END_OF_DOCUMENT_TOKEN_TO_BE_REPLACED Fireflies is a common sighting in the swamp areas, native rainforest, agriculture land and open fields with lake.

Urbanization and deforestation had been threatened the environment for the fireflies.

The fireflies are slowly disappearing from our childhood, and soon enough the next generation won’t able to experience the magical moments with the natural lanterns that brighten the nights.

Lets find out where there had been, shall we ?
END_OF_DOCUMENT_TOKEN_TO_BE_REPLACED 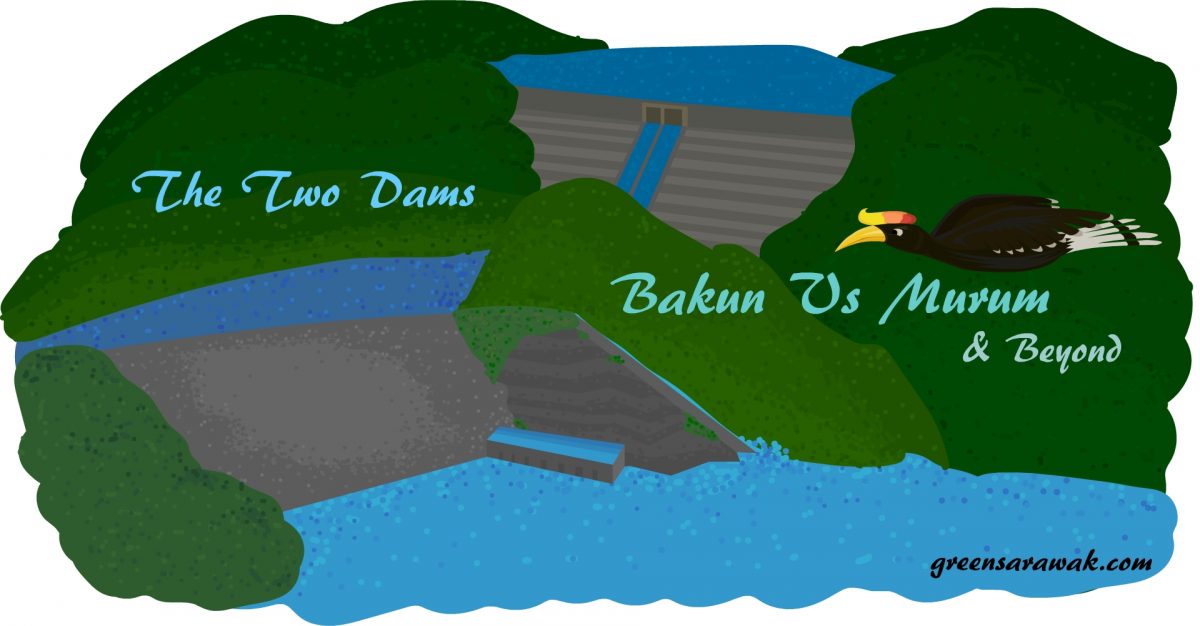 In Malaysia, there is many Hydroelectric Power Station spreading across the nation. Knowing that Bakun Dam in Sarawak is the largest in Malaysia, are you wondering which dam is second in place ? The answer is the Murum Dam in Sarawak.

You got it right, This two hydroelectric behemoth have a combined power generation capacity more than the total output of all the other 18 hydroelectric power plants in Malaysia combined. Lets find out more !
END_OF_DOCUMENT_TOKEN_TO_BE_REPLACED