“Do Sarawakians stay in tree house?” It was a very famous question that had been ask over and over again till the last decade. It is a simple question that can raise many frustrated answers.

Most of the time this question is asked because of curiosity rather than a statement to enrage. But why occasionally we still face such questions ? It is a pure myth or a conditional truth ?
END_OF_DOCUMENT_TOKEN_TO_BE_REPLACED 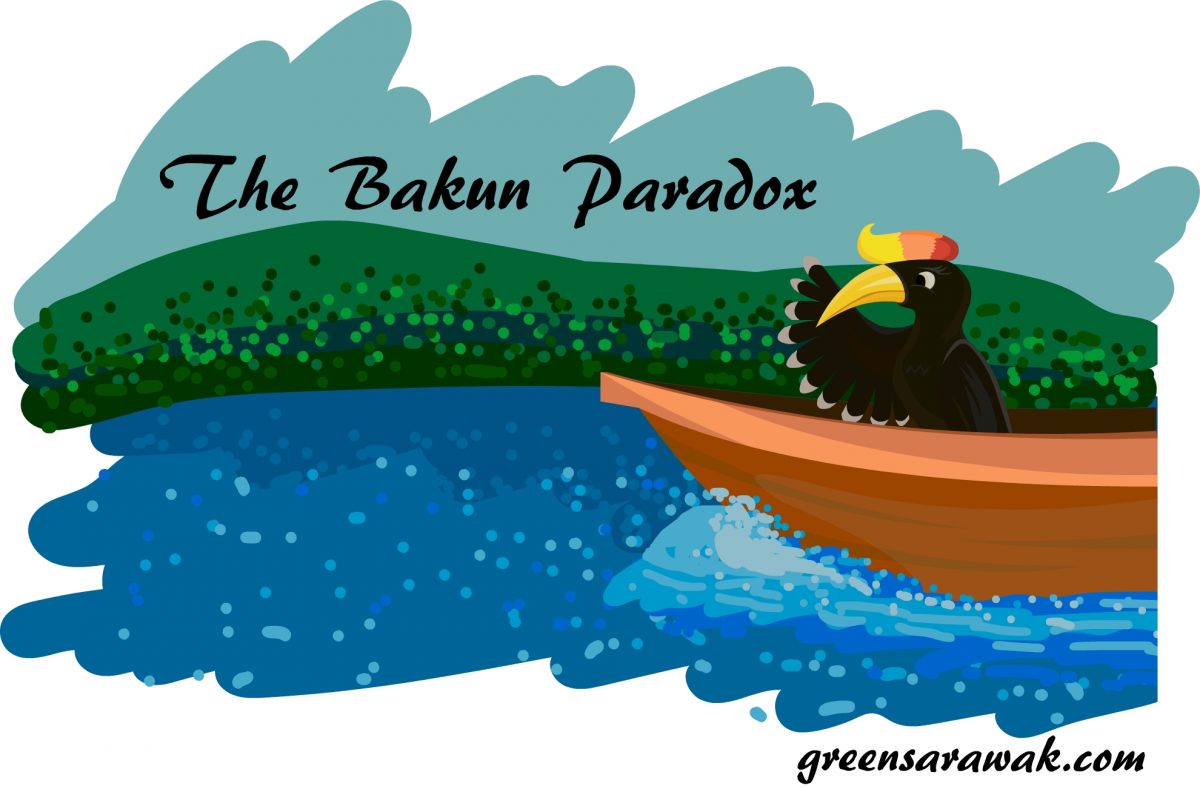 Dams are once consider more environment friendly than other modalities of energy generations. In schools we learn that Hydroelectric Power Plants are one of the best renewable energy that can generate electricity to power up cities and nation.

Well, all of above is true, but we did not make a fine print clear to everyone to understand that it is not without the impact to the environment.

Sarawak is being proud of being part of the oldest rainforest in the world that dates back 130millions years old. Our Rainforest have vast diversity of plants and animals of tropical origin. Tourist from far and near come just to visit our wonderful diversity and natural heritage.

Lets see the Case of Bakun Dam of Sarawak.
END_OF_DOCUMENT_TOKEN_TO_BE_REPLACED Borneo Rainforest has an estimated age of 130 million years, making it the oldest rainforest in the world. Sarawak being 26% of the land area of Borneo was proud to share the same legacy.

Sarawak indeed full of greens, we have trees everywhere, up to a sense that part of the Malaysian people (west Malaysian) still wondering “Do Sarawakians stay on trees”.

Although rich of natural resources, we do still facing an up cropping issue of “Sarawak is loosing greens fast”. In fact many of the forest is considered secondary forest.

So what are secondary forest ? You may ask.
END_OF_DOCUMENT_TOKEN_TO_BE_REPLACED Everybody love eggs. Wondering whats so wonderful about them ?

Eggs are produced by birds, reptiles, amphibians, mammals and fish. It is characteristic by a thin hard shell with dual component semi-fluid content. These eggs have a purpose to have medium for developing offspring. However had you wondering about Bone in Egg ?
END_OF_DOCUMENT_TOKEN_TO_BE_REPLACED

Malaysia day is held yearly on 16th September to commemorate the establishment of the Malaysian Federation since year 1963. It is on the 16th September 1963 that Malaya (now Malaysian peninsula or west Malaysia which consist of 11 states created under the Federation of Malaya Agreement 1957) , North Borneo (now Sabah) , Singapore and Sarawak all join and form the Malaysian Federation. But later Singapore seceded on 9 August 1965.

Malaysia Day is a national holiday across all the states since the year 2010 , However this year 2017 it falls on a Saturday. Despite a weekend holiday, many still can take opportunity to celebrate this historical significant day.

So how will you celebrate this day ?

Well, fundamentally both are created equal, with the mission to create awareness of “green” in our daily living.
END_OF_DOCUMENT_TOKEN_TO_BE_REPLACED Hello World ! Welcome to this humble little site “Green Sarawak”. I am Bill the Hornbill from the Land of the Hornbills.  I am from the Rhinoceros hornbill family.
END_OF_DOCUMENT_TOKEN_TO_BE_REPLACED